BLOG
You are here: Home / EVENTS / BLOG / Business Trends / Did the trend in crowd-sourcing ad imagery lead to a new ad agency mod...

Recent articles in both the New York Times and ADWEEK reported on the controversial practice of crowd sourcing for creative concepts and advertising.

The practice of crowd sourcing for ad images was a painful trend I first heard about well over a year ago. An ad agency art buyer told me about her frustrating assignment to satisfy a major account. They’d asked her to source a photo for one of their ads– not from Corbis or Getty, or even one of the Royalty Free image resources–they wanted her to look on Flickr.

Fortunately, for professional photographers, this didn’t become a huge trend at the bigger ad agencies. The legal paperwork necessary to safely license work  (e.g.model and property releases) was sorely lacking back then on most of the images posted on photo-sharing sites. It made buying images off Flickr for ad usage not worth the headache. So professionals still got calls for stock.

But, as we know, things have since changed and now pros regularly post their released-images up on Flickr hoping to catch the eye of an ad agency photo researcher.

Once crowd-sourcing photos became a viable solution for big ad agency creative departments, it was only a matter of time before someone in a corner office decided to connect the dots.

It seems that crowd sourcing has folded back in on itself. What was “good for the goose is now good for the gander”. Renegade employees from the traditional ad agency world, have opened an agency that is pitching itself as a radical break from the traditional ad agency business model. They are going to use “the wisdom of crowds” (as crowd sourcing is often referred to)  to generate ideas collaboratively. But that collaboration will occur outside the traditional teams of art director and copywriter. The ad agency will “curate” the best ideas from those submitted. To feed this trend,  new agency models are starting to spring up to satisfy their clients appetites for fresh ideas.

This news makes me wonder about two possible outcomes:

1. Is this the dawn of a new opportunity for photographers to be more collaborative and have more creative influence? Can they once again–as they were in the “Mad Men” era of advertising (1960s)–be involved in the conceptual phase of an ad’s imagery? (That is, if they want to pitch their idea as one of the “crowd’s”).

One upon a time, when art directors drew layouts by hand,  the layout was  more of a ‘jumping off point”; art directors and photographers were much more collaborative in creating the image that would illustrate the ad concept. It was a wonderful synergy.

2. How does this impact a traditional hiring hierachy? With a new source of inexpensive ideas, will this be beginning of the end for over-paid agency staffers? Will the salaries of art directors, copywriters, and creative directors soon face the same downward pressures that photographers’ fees have endured ever since RF stock and Flickr arrived? When affordable and easy digital imaging technology arrived on the beach, photographers were set adrift on whatever life rafts they could find. With the opening of these new agencies, will a huge wave of empathy now flow from a tribe of nervous staff creatives toward the photographers (with whom they may soon be paddling)? Will freelance art directors start to team up with their talented photographer friends/fellow crowd members to pitch their highly-polished and collaborative ideas directly to the new “curators?”

This could be viewed as a tremendous new opportunity and a return to creative synergy.  Let’s at least hope for that. 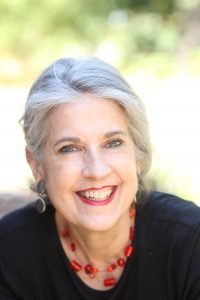