Maybe you’ve been so busy shooting you’ve somehow missed what has been almost a constant barrage of emails urging you to weigh in (or refrain..for the moment) in notifying your elected U.S. representatives your opinion about the pending Orphan Works (OW) legislation.

If that’s the case, then you might want to read all about it as a version of of this critical bill will come before both the Senate (S2913) and the House of Representatives (HR5889) very soon.

In the May 8, 2008 online edition of The PhotoDistrict News Daryl Land has written a good synopsis of the current status of the debate between the various photo trade orgs. He’s also provided links to Orphan Works position papers of the ASMP (they currently support the Congressional bill and oppose the Senate one), APA (currently opposes both versions), Stock Artists Alliance, PPA, and other trade organizations.

Additionally, the Illustrators Partnership, which supports the APA’s position, has created a Legislative Action Center with an easy way to notify your elected governmental representatives.

If you haven’t been closely following the (sometimes heated) trade org debates over the past month, I urge you to take an hour of your time to read the position papers at the above links, form your own opinion, and then TAKE ACTION on YOUR POSITION: If you’re a trade org member, let your local and national board know your position; email or fax your Congressional and Senate reps; make sure every person you know who makes a living from photography or illustration–or cares about artists’ financial futures– knows about the pending Orphan Works legislation; urge them to also TAKE A POSITION and ACT, and continue to spread the word.

If the bulk of voting artists were well-organized as a voting block, had tons of money to contribute to political campaigns, and had well-paid lobbyists working on our behalf, this grassroots movement wouldn’t be so critical. It’s truly time to get out of our lone wolf caves before our creative rights erode to the point where being a freelance commercial artist is no longer an economically-viable career choice.

And finally, Clem Spalding, a past president of the ASMP (2006-2007) whose insights are based on direct experience with the legislative drama of the OW saga, has given me permission to excerpt his recent posting on the ASMPproAdvice listserve. (I’ve added my own bolding for emphasis)

There’s an awful lot of emotion and misinformation out there recently regarding the current proposed Orphan Works legislation. Many people don’t even realize that there are actually two proposals, one from the House (which ASMP supports) and one from the Senate (which ASMP opposes). What is good and bad about the current Orphan Works situation and the the two proposals in play right now is explained here:

In my service as an officer on the ASMP national board and as ASMP president in 2006-2007, I was in the hot seat when OW first reared its ugly head. As originally proposed by the Library of Congress’
Copyright Office, it would have nuked our profession and put a lot of us out of business. …. My shorthand description at the time was “Finders Keepers, Losers Weepers”. The devastating threat of that initial OW proposal galvanized our entire industry into an unprecedented spirit of cooperation and the Imagery Alliance was born at a groundbreaking meeting in NYC in October, 2006. The entire alphabet soup of photo orgs were in that room and part of this Alliance. From Day 1, we all acknowledged that, while we all share many common interests, we serve different constituencies and thus do not always agree. It is not a perfect union. It is not an omnipotent photo power. It is simply the nature of the beast and its the best we can do.

The unique and profligate nature of still images in the modern digital era means that we create pieces of intellectual property at a much greater rate than do musicians, writers, illustrators, film makers, etc... …I can create a thousand images before sunset today, while my musician buddies will take weeks to craft one song. Factor in the facts that photographers, as a group, have properly registered only a tiny percentage of their output with the Copyright Office, and that many workflows and final usages strip authorship information from our files and you have all the ingredients for a perfect storm of vulnerability.

This means our OW problems are unique and that other intellectual property creators simply do not have a dog in this particular fight. Now mix in the facts that the entire population of working photographers is minute and that our collective war chest for lobbying and legal battles is tiny in comparison to just about every other constituency Congress must deal with and you can see how weak our leverage is here.

Thankfully, that original OW 1.0 proposal died a well-deserved death in committee. Since then we–the professional photography industry–have used all available means to present lawmakers with a powerful and coherent argument for a more common-sense way of dealing with OW. The latest proposal out of the House of Representatives gives us 85% of what we argued for. That’s huge, especially when you consider the fact that, in the tough world of Realpolitik, professional photographers are a tiny constituency with almost no power, no money, and no friends in high places. We prevailed to make these changes because of the cogent presentations and savvy footwork in the hallways of Congress by folks like ASMP’s staff attorney, Victor Perlman, and PPA’s CEO David Trust. There was no horse-trading or back room deals. We have nothing in our arsenal except facts and reason and yet we have achieved so much.

1) Because we’ll never get it all and holding out will make it all too simple for CopyLeft proponents to destroy all the good work and inroads we have achieved to this point. In Washington, as in most of Real Life, nobody gets everything they want. Those who insist upon this ultimatum did not pay enough attention in …History and Civics classes.

2) Because we will be dismissed as an irrelevant and immature rabble and Congress will take the easy road by giving their larger constituencies what they want and the heck with these annoying,trivial, and disunited photographers.

3) Because politics is the art of the possible. We have gotten just about everything possible here. Achieving 100% satisfaction is not in the cards. When was the last time anyone on this list has walked away from a deal or a relationship because you “only” got 85% of your demands met? This is not a morality play nor is it a Mr. Smith Goes
To Washington fantasy. This is reality. This is politics. This is business. This is nothing personal.

4) Because this OW saga is but one chapter in a much larger epic: The Future of Intellectual Property and Creative Content. There are many more battles yet to fight, many more photo-unfriendly laws that will be proposed, many more oxen that will be gored. We have spent years learning the game, getting to know the players, and elbowing our way to a seat at the table. And as they say in the Beltway, “If you aren’t at the table, then you’re on the menu.” We blow this opportunity to demonstrate our reality-based earnestness and it will be many expensive years before we can get back to our current position of influence.

5) Because the chances of this House bill making it intact into actual law are dicey at best. Back to [civics and history] class: The Senate has its own, inferior OW proposal. If either one makes out of its respective chamber, the legislation is then usually brokered into a compromise Act that can pass both houses. Then it must be signed by the President unless there is a veto-proof majority in both houses to support it. …ASMP is simply saying it supports what the House has written at this time.Who knows what things will look like when we get down to the nut-cutting? Who knows what our best play will be at that point?

And then, if when an OW Bill does get passed, the fun moves to the courts, where all the dangling, undefined, and unresolved aspects of the Bill (inherent to all legislation) will be hammered out in precedent-setting cases. Rest assured, ASMP will be there too, fighting for your interests.

6) Because, as I write this, good folks are hard at work to achieve the needed improvements in technology and workflows that will render most of the OW threat moot for us working stiffs. Should we not all be paying more attention to and acting in support of these work-arounds?

7) Because, as Ben Franklin said back in the day “We must all hang together, or assuredly we shall all hang separately.” We must learn the ability to present a strong and unified (albeit imperfect) voice to the national political arena, or we are toast. Life is too mean, fast and short to waste our energies on internecine warfare.

I wish I had something better to tell you all, but I don’t. It boils down to choosing the lesser of two evils, and thus being better positioned to fight our best in the much larger battles still to come. Curiously, our opponents today could easily be our allies tomorrow. I know, it makes my brain hurt too. Welcome to the new century. I personally am willing to put my faith and trust in the expert(s) who are employed by my trade association and who are actively engaged on the front lines of this issue, rather than rely on the under-informed, emotional, and unrealistic speculations of those who are not. We all need to decide for ourselves who we are
going to believe.

My dear Sisters and Brothers in Professional Photography, I am a huge fan and supporter of the collective power of our organizations, I am a huge fan and supporter of healthy, honest, respectful, intellectually honest debate–that’s how good ideas get better and bad ideas get killed. Let us continue this debate in a constructive manner. Let us listen carefully to those who are actually in the arena and draw our conclusions with sober reasoning and without over-heated emotions. The Durm and Strang helps no one.

There’s plenty of room for debate and disagreement here. But let’s avoid the temptation to assume the worst and villainize those with whom we disagree.

PS (Please note that I no longer hold any office in ASMP. I’m just General Member with a history and an opinion.) 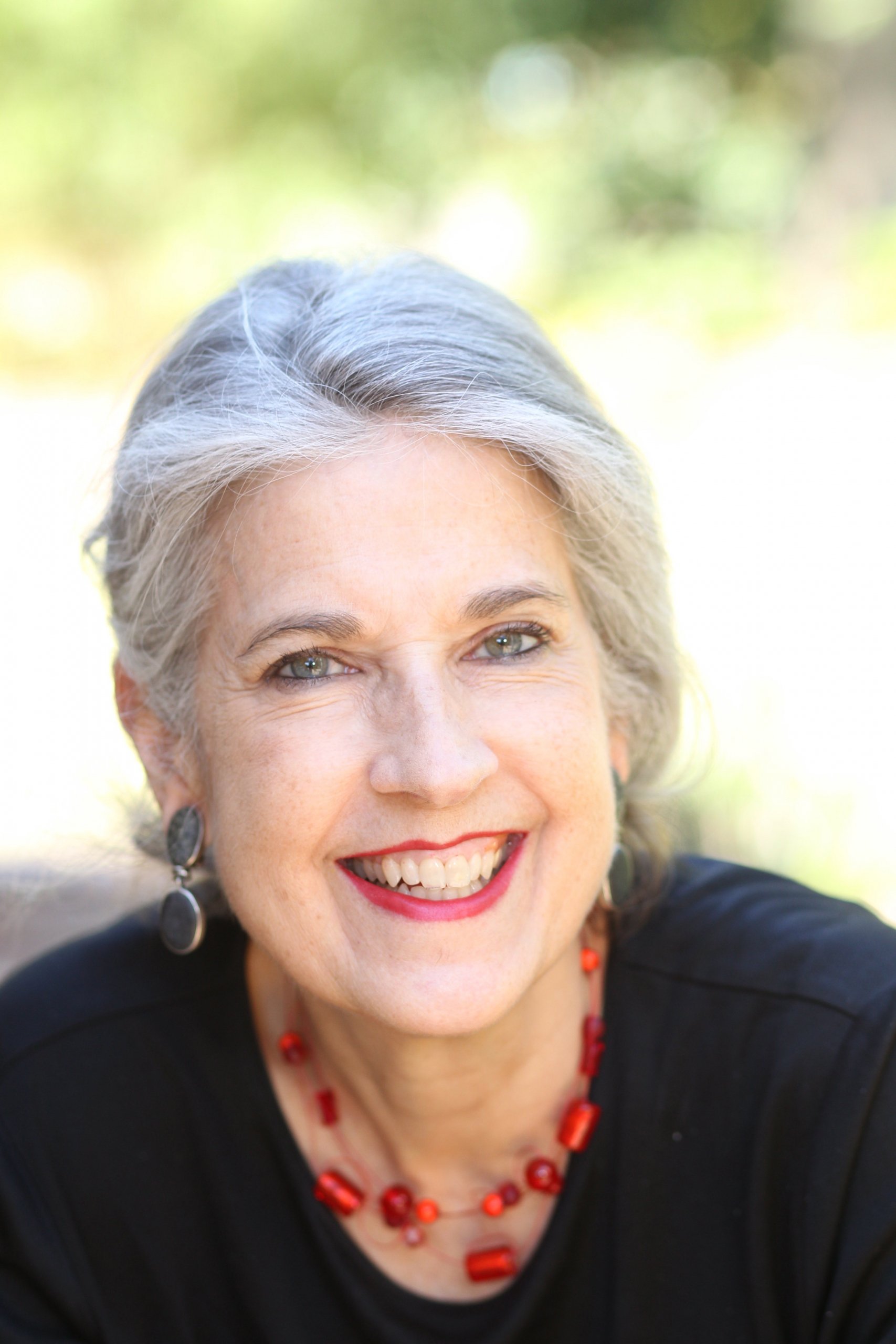